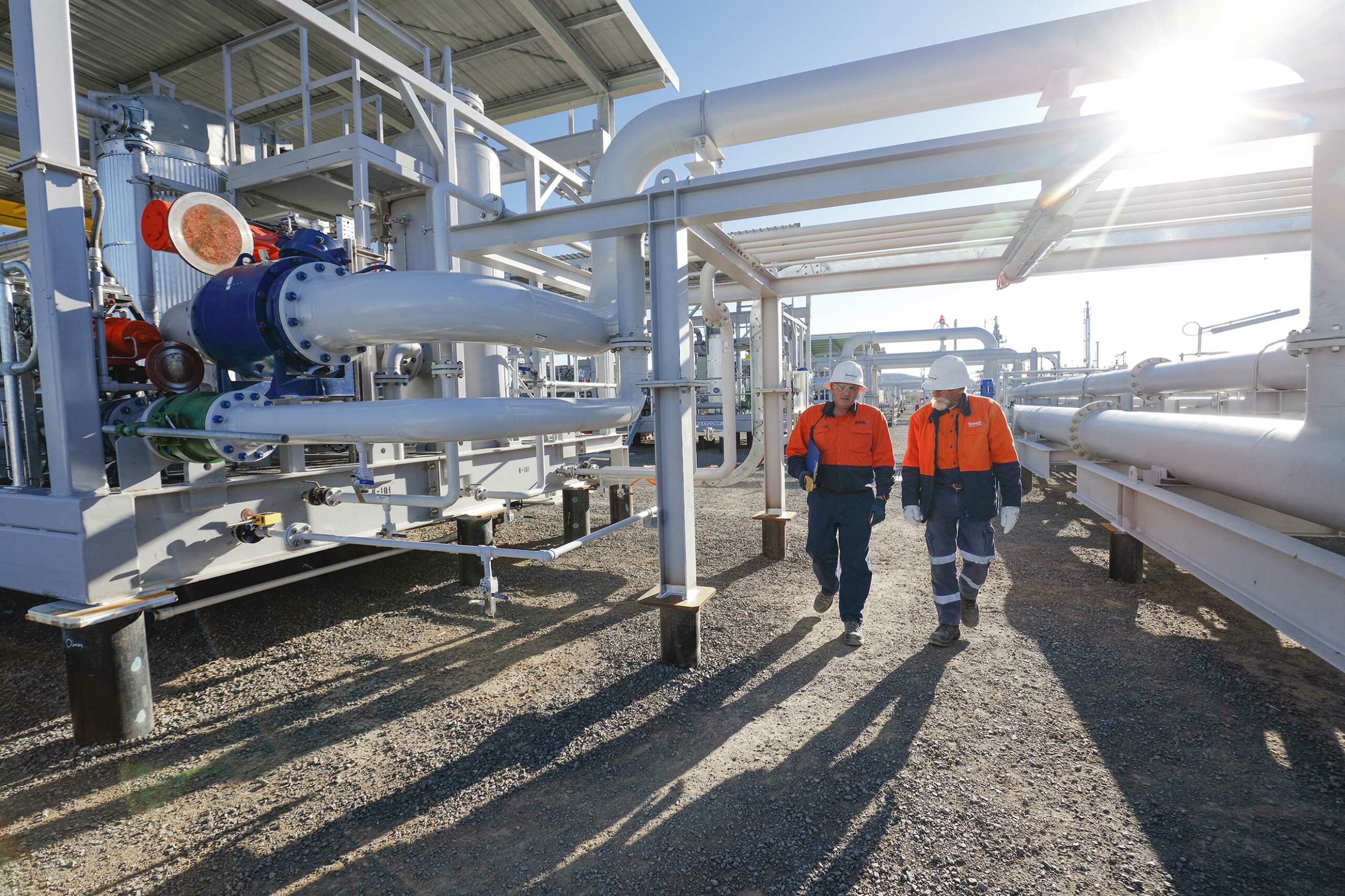 Senex is set to invest more than A$1 billion in a major expansion of its Atlas and Roma North natural gas developments in Queensland’s Surat Basin to help secure Australia’s energy future.

After years of exploration and studies, Senex is ready to increase its natural gas production to 60 petajoules (PJ) per year with work planned to begin in coming weeks. First gas from this major investment is targeted to deliver much needed gas supply to the domestic market within two years.

“Senex prides itself on supporting the production of natural gas for the Australian market. It was only three years ago Senex began supplying the east coast market from Queensland’s Surat Basin and to date has already invested more than half a billion dollars in new supply.

“The willingness of our new owners POSCO INTERNATIONAL Corporation and Hancock Energy Corporation to commit significant additional new capital allows Senex to bring critical new gas supply to market – essential for manufacturing, industry, homes, hospitals and electricity generation – beyond which was possible prior to their acquisition of Senex earlier this year,” Mr Davies said.

“The recent electricity crisis proved natural gas is critical to providing secure and reliable energy for Australians and is needed to underpin renewables and replace aging coal generation, without which electricity costs will further rise, while infrastructure and technology is developed to support increased renewable generation,” he said.

Jobs and economic win for Queensland

Senex’s investment is expected to create more than 200 jobs during construction and another 50 permanent roles, and is expected to inject more than $200 million into local businesses and regional areas.

“This investment will put people in work, support businesses and families in the country areas we operate in, and provide long-term benefits to Queenslanders with royalties helping to fund hospitals, roads, emergency services and more, as we support Australia’s energy independence and security,” Mr Davies said.

Certainty for manufacturers and other gas users

Senex will soon conduct a process seeking Expressions of Interest (EOIs) for the supply of gas from Senex’s new investment, supporting customers by optimising flexibility of terms and price competitiveness across a portfolio of buyers with varying needs, with Senex’s growing portfolio of natural gas supply.

“The answer to bringing down prices is a greater diversity of producers in the market and more supply. For that producers must have the confidence to invest,” he said.

“Senex is ready to invest more than A$1 billion in new gas supply and we call on governments and regulators, infrastructure owners and operators, and other gas market participants to work constructively to bring gas to market efficiently and as soon as possible.”

Mr Davies said Senex values its relationships with its customers that include household names such as Visy, CSR, Orora, Adbri, Southern Oil Refining and CleanCo.

“Senex is proud of its domestic gas relationships that are so important for Australians and our living standards.

“And through our supply arrangements with GLNG, we are providing energy security and economic security for our trading partners, displacing coal-fired generation,” he said.

Green light for governments to plan for the future

Mr Davies said more than two-thirds of the capital commitment is planned to be invested over the next two years on gas infrastructure and wells at Senex’s Surat Basin developments in western Queensland, providing a major economic boost to regional economies.

“Senex is showing that Queensland is continuing to do the heavy lifting in producing the natural gas that Australia needs to keep the lights on, especially during periods of peak demand in the National Electricity Market when renewables may be unavailable, and coal is becoming increasingly unavailable despite Australia’s reserves,” Mr Davies said.

“We look forward to continuing to work collaboratively with the Australian and Queensland governments to finalise the necessary regulatory approvals for this investment, and supplying more gas to market as soon as possible,” he said.