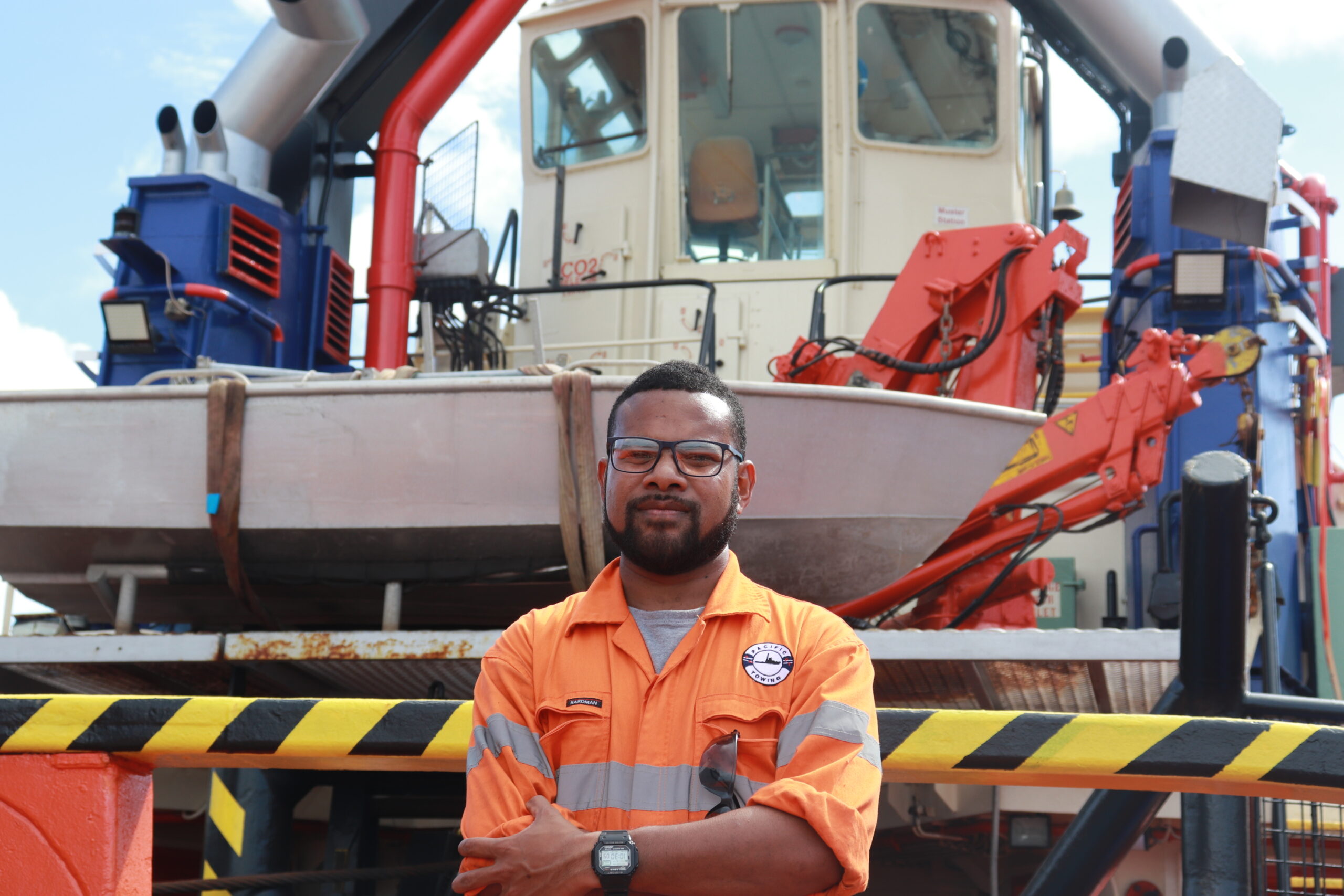 Melanesian marine services company, Pacific Towing (PacTow), has added yet another tug to its fleet.  The Azimuth Stern Drive (ASD) tug ‘Tavurvur’ is a specialised harbour tug and will be permanently stationed at PacTow’s dedicated tug base in Port Moresby.  Tavurvur is the second of two tugs purchased by PacTow this year as part of the company’s ongoing fleet expansion program.

Tavurvur, (originally ‘Nimble’), shares many similarities to Koranga, another ASD tug PacTow purchased in the first half of 2022 for permanent deployment in Lae.  Tavurvur is in class with Lloyd’s Register, 30 metres long, and with a bollard pull of 60 tonnes.

Purchased out of Singapore where she was also reflagged, the new tug and her crew, including six PNG Nationals, travelled first to Makassar, Indonesia to top up her fuel bunkers and freshwater supply.  They then sailed for Port Moresby via the Java, Flores, and Arafura seas, and then through the Torres Strait – a distance of 2,907 nautical miles.

General Manager, Neil Papenfus, confirms that the last decade has been one of diversification and growth for PacTow and that re-fleeting is necessary for this to continue.  “We’ve diversified our service offerings, especially when it comes to servicing the oil and gas sector, while simultaneously delivering our services further afield.  For example, in the last few years we’ve had our tugs and crews in Indonesia, Micronesia, Northern Australia, and even in United States’ waters when conducting a tandem towage project for a client in Guam.”

However, harbour towage is still PacTow’s core business.  “The two specialised harbour tugs we’ve purchased this year ensure that we can easily and safely maintain our current levels of service in the two biggest and most important ports in the country – Lae and Port Moresby.  Tavurvur and Koranga also help ‘free up’ other tugs in our 21-vessel fleet for unscheduled projects such as emergency response and salvage just about anywhere in the region, as well as for unexpected maintenance” explains Papenfus.

PacTow has operations throughout Papua New Guinea, as well as in Solomon Islands and Fiji, but also services broader Oceania and Southeast Asia. The majority of PacTow’s 200+ staff (97 percent of whom are Melanesian) are also located at the Port Moresby facility where new tug Tavurvur will be stationed.  Also, at PacTow’s Port Moresby tug base is a HACCP certified camp, training facilities, life raft station, as well as fully equipped marine engineering and fabrication workshops. PacTow delivers excellent, reliable, and safe marine services through PNG and the broader Pacific. A well-maintained fleet, as well as a dedicated and exceptionally trained team underpin PacTow’s ongoing expansion and success. PacTow is part of a larger sea and land logistics group wholly owned by Steamships Limited.  To learn more about PacTow:  www.pacifictowingmarineservices.com

Image caption: 3rd Engineer Francis Ngihal (previously a cadet in Pacific Towing’s in-house cadetship program) was one of 10 crew who sailed ASD tug Tavurvur from Singapore to her new home in Port Moresby.