Malta’s Potential as a Base for FSRUs in the Mediterranean 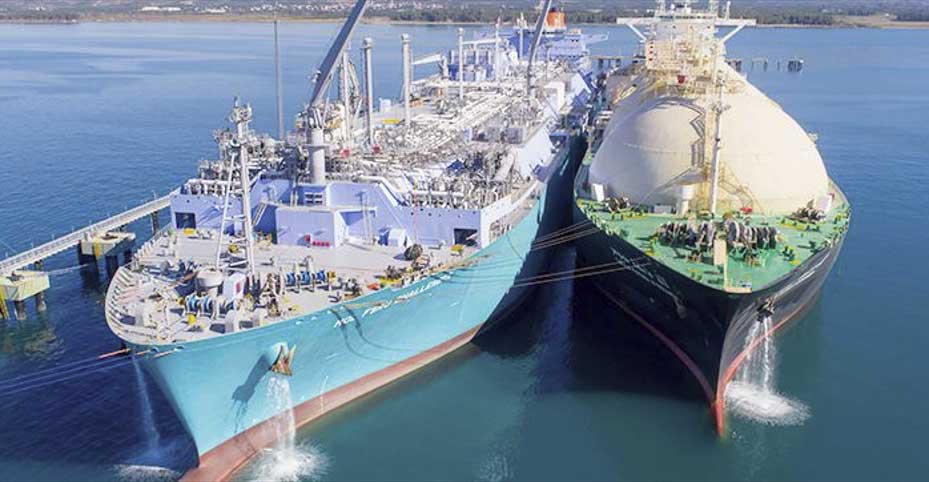 Since the start of the war in Ukraine, the need for Europe to become more independent in its energy supply has been highlighted. Moving away from reliance on Russian energy, the continent is quickly recognising the importance of replacing Russian natural gas with sources that are closer to home.

By repurposing existing gas carriers into floating storage and regasification units (FSRUs), European countries will be able to relieve their dependence on Russia by supplying LNG from Mediterranean and international sources to the continent. However, Russia exports 155 billion cubic meters (bcm) of gas to Europe annually, a figure which will be very difficult to replace in a short period of time.

One of the biggest obstacles to achieving this independence lies in the complex methods needed to extract these resources which have already been found in the Mediterranean region, off the coasts of Israel, Egypt, Cyprus, Turkey, Greece, Libya, and Morocco.

FLNG (Floating LNG) assets are being increasingly used to ‘unlock’ stranded gas fields offshore and liquifying the gas so it can be transferred to shuttle tankers and then transported to where it is needed.

This is where the FSRU concept ties in neatly; Floating Storage and Regassification vessels can be moored close to shore to receive the liquid gas from the shuttle tankers, regassified when needed, and piped ashore to feed power stations or gas networks.

Both FLNG and FSRU assets are relatively quick to build and install, meaning that dependence on Russian gas is quickly reduced.

Overcoming Challenges to Store and Distribute LNG to Europe

These modern technologies are now breaking down the barriers faced by landlocked countries to accessing natural gas sources. This is resulting in a growing fleet of FSRUs, FLNGs and gas carriers many of which are planned to be based in the Mediterranean for the foreseeable future. In this scenario, countries with access to a coastline play an increasingly important role in the collection and distribution of natural gas to neighbouring countries.

For the gas to travel overseas, it first undergoes a liquefication process that allows it to be shipped in an LNG carrier. The receiving capacity of the EU is around 240bcm, with regasification terminals located in various countries across the continent. Countries such as Germany, however, do not have any regasification terminals, rendering them more reliant on external suppliers.

As described earlier FSRUs can solve this issue. In fact, Germany has already chartered four FSRUs and offered to provide landlocked neighbouring countries access to LNG supplies through the FSRUs. This move seeks to displace Russian gas with LNG by early 2023.

European countries with access to the Mediterranean can now also do the same for Southern European neighbours. These developments could change the face of the LNG industry in Europe over the next few years, with existing gas carriers being converted to FSRUs.

As more FSRUs head to the Mediterranean to supply gas to Europe, they will need to be moored either on jetties or offshore. In both cases, the FSRUs will need to be regularly serviced and maintained to ensure maximum efficiency and reliability. Malta – a small island located in the centre of the Mediterranean – is strategically positioned as an ideal base from where FSRUs can be serviced and has shipyard and dry dock facilities if needed. Leading Asset Integrity service provider EM&I has been based in Malta for the past six years and is currently ramping up its operations to be able to cater for the increase in demand for FSRU safety, maintenance, and inspection services within the region. The island is well-placed to supply LNG to the region, making it a potential European counterpart to Singapore which has historically been a hub for petroleum in Asia – they are now expanding further into LNG – due to their location on the Malacca Strait.

Located 93 km to the south of Sicily and 290 km to the north of Africa, Malta is situated between Southern Europe, North Africa, and the Middle East. Due to its deep-water harbours and geographical location, the island was a highly sought-after territory throughout history. The first shipyard facility was built by the Order of St John in the early 1500s and played a central role in the Great Siege of 1565. Later, Napoleon Bonaparte occupied the island in 1798 before the British took over two years later and remained there up until the island’s independence in 1964. During these 150 years, the island became one of the most important assets of the British empire and was heavily targeted during the Second World War.

Nowadays, Malta is an attractive location for the oil and gas industry due to its skilled workforce and English-speaking community. The island is experienced in working with FSRUs as they already have one near-shore asset supplying LNG.

With a base in Malta, EM&I offers multiple services that enable FSRUs to operate efficiently and in adherence to regulations set out by major Classification Societies. The Group has over thirty years of experience in servicing the marine offshore industry and has achieved an outstanding reputation for offering an unparalleled portfolio of services that help improve industry standards and reduce risk. The innovative technologies introduced by EM&I over the years have proven to be highly effective in inspecting LNG containment, hull structures and Ex electrical equipment while reducing people on board, safety hazards and cost. Among these technologies are:

The NoMan system enables confined space inspections to take place without risk to people. Unfortunately, activities involving man-entry can be hazardous due to the flammable gas and toxic substances present in confined spaces, the risk of having to work at height, as well as being costly due to the extensive hours and equipment needed to effectively carry out such inspections. The NoMan inspection takes place in a much shorter time than traditional methods and only uses a two-person team who don’t have to enter the confined space or work at height making the inspection much safer.

The NoMan remote inspection tool uses both optical and laser systems to inspect confined spaces. These systems are controlled remotely and can scan the structure to provide an in-depth report on the integrity of the asset. Using a high-performance video and still camera system, NoMan can capture high-quality visuals that can clearly be assessed to meet class requirements. The camera is inserted into the confined space through pre-planned locations and is placed into position on a robotic manipulator.

Using a patented ‘synchronous laser’ technique and other robotic devices, the structure can be thoroughly assessed for distortion and corrosion and repairs can be carried out only when necessary.

The ODIN diverless UWILD system has been accepted by all major Classification Societies for its ability to replace divers with remote ship-side valve inspection and ROV operations for hull inspection. The ODIN system is the first Underwater Inspection in Lieu of Drydocking (UWILD) services that can be carried out without the use of divers.

ODIN has been further developed to enable inspection of mooring systems, cleaning marine growth from sea chest inlets and overboard outlets and even to carry out extensive hull and underwater valve repairs, things that until recently needed extensive and expensive diving operations.

The ODIN robots are even being used to remove invasive types of coral that threaten local species.

Inspections for Ex electrical equipment integrity is a crucial aspect of ensuring safety on offshore assets. Such inspections can be costly and complex, but EM&I’s specialised team has developed a method that is proven to significantly reduce costs and risk. The ExPertsystem offers a fleet-wide or individual asset service using databases that are set up and populated from the Ex-Equipment Register of each asset by the group’s own engineering teams. The team critically assesses each component and carries out maintenance as needed. All information is made accessible electronically across the globe.

ExPert uses remotely deployed optical cameras for external inspections of Ex equipment without the need for working at height and a radiographic system which can inspect the internals of electrical components without the need to open them and without shutting down the electrical system.

AIMS is our asset integrity management system proven for over 20 years to improve the way in which pressure system integrity is achieved.

Pressure systems, both on and offshore, can contain hydrocarbons for process systems and clearly leakages are unacceptable and hazardous.

AIMS is a complete methodology that assesses the risks and uses advanced inspection systems and data analysis to minimise the risk of pressure system failure.

ANALYSE is our data analysis method that predicts failure and enables operators to take preventative steps at an early stage.

With all of these services readily available in Malta, the island is prepared to service fleets of FSRUs to the Mediterranean and help Europe move away from Russian gas supplies. These technologies can be used in combination with each other to fulfil Class obligations and regulatory requirements and ensure a safe and sustainable European gas supply. Moreover, EM&I’s technological capabilities can be used for Hydrogen and Renewable energy sources such as Floating Offshore Wind as the world shifts towards more sustainable energy sources. 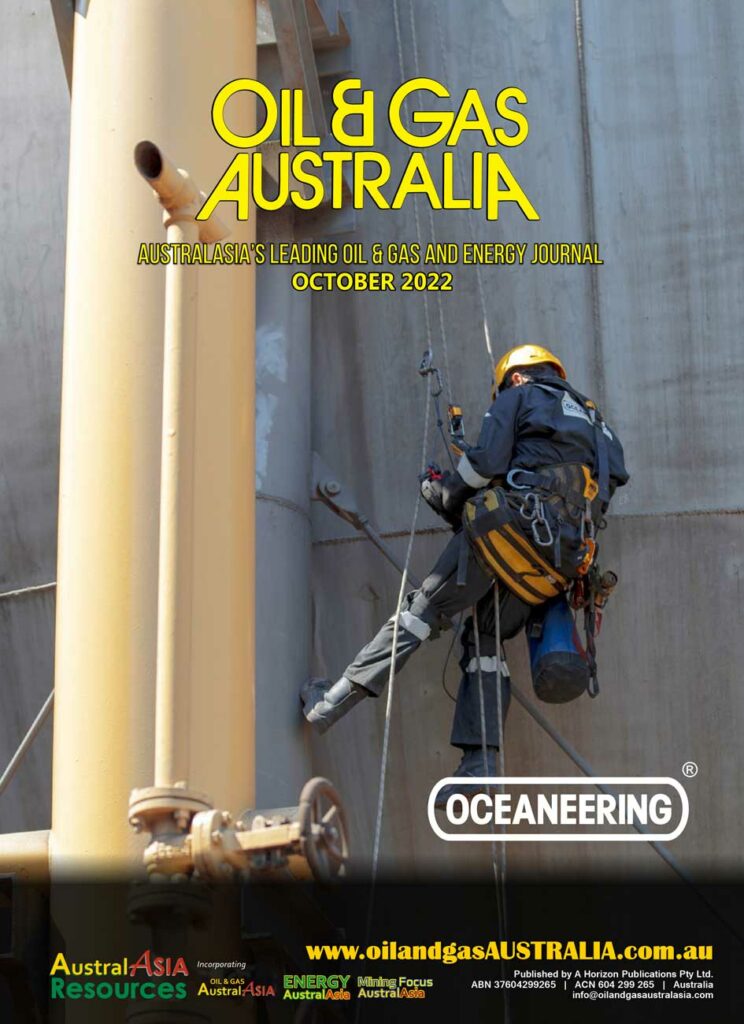 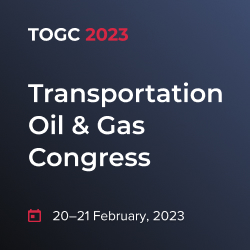